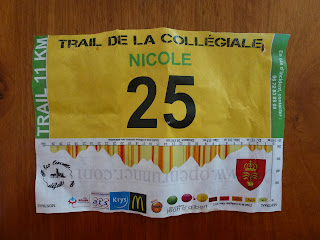 After deciding that I have had enough of racing this summer plus having had a bad cold for the past week, my heart got the better of me and I decided to run "just one more" race this summer.

It was a local race in Montréal, a pretty little village in the Malepere area and since we know some of the club organizers, I felt it was good to support them. Also Bill was going to be doing the 30km (cautious me signed up for the 11km) and the thought of hanging around for several hours waiting for him sounded a bit boring. So, heck, why not race as well.....

Getting up at 6am was hard. I hadn't slept so well with my bunged up nose. First things first was to do my HRV reading (heart rate variability). It was a RED 75. Basically "Stay in Bed"!!! For once I ignored it and then it was a rush to shower, walk the dog, sort out breakfast, dose up with paracetamol and head out the door for the 25 minute drive. Thankfully the day earlier I had decided to clean our car and discovered that the battery was as dead as a dodo. And the car is not even a year old. Renault grrrrrr!!!!. Anyway the garage lent us a temporary car so all is good.

Arriving at the race car park area it was nice as always to see familiar faces plus the nodding of 'bonjour' to the new faces who you know are sussing out if you are their age group competition. Today I decided that racing my guts out was not an option and instead I would do what I could, clenching a pack of tissues. Basically just go out there and enjoy the course. I knew there were going to be some fantastic views from up in the hills and that also there would be some forested areas which were also beautiful.

At 8.30am ,Bill and those doing the 30km (1000m of elevation) were off. I didn't envy them at all and seeing as there were only 9 females out of the 95 runners, there had to be a reason. 45 minutes later and I and 150 runners set off on the 11km (350m of elevation). It started with a hill up to the village church. A hilly start I always dislike as once my heart rate has shot up, I can never get it down again. Today I decided to not look at anything - neither my pace nor my heart rate, which I knew would be horrendous anyway. I was going to run by feel - gentle enough to enjoy it but fast enough so as not to be last!

The first 8km was a roller coaster of hills. Up and down, up and down, through forest, through fields but with some great views of the hills and the countryside. The race marshaling was superb and I never got lost. If anyone is going to get lost it will be me! I just kept reminding myself to look out for the red and white ribbons and to try and keep an eye on the shirt in front.

By 8km I found that I was running in rhythm with 2 young lads who looked about 12!!! and a couple of guys and another girl. Whilst I would walk most of the hills and get left at the back, I would then overtake my fellow runners on the downhills. Then I spied her.....

"Her" was wearing a lime green t-shirt who up until a couple of months ago was in my age category but has since moved up. I have NEVER, ever beaten her and I have always admired how fit and strong  she looks and how well she runs. Normally she is ahead of me and is always just out of reach but today I was in front! I think she had been stalking me for most of the race, waiting to make her move in secret. But today I suddenly got that itchy feeling that I could fight back. Where my energy came from I have no idea.

I just kept pushing forward, still walking the hills and trying to keep my breathing under control, then hammering the downhills but also keeping a side glance for the lime green t-shirt. We got nearer the village and I could hear the voice over the microphone calling out the finishers and this gave me that extra lift. For once at the end of a race I had leg-fulls of energy so I just hurled myself down the last 200m to the finish, overtaking 3 runners on the way. I was a demon possessed.

It was so nice crossing that line and feeling that not only had I finished in spite of a stinking cold but I felt strong too and as a big bonus I had beaten lime green t-shirt. I felt happy for her though as she came first in her category.

The other nice thing that I later discovered was that I was 12th female out of 52 so not too shabby at all. And very surprisingly I was 3rd in my age group so got a few nice goodies to take home.


I did learn a BIG lesson from that race:

Start out slow as it really pays off later. I have never (try as I might) been able to start out slow and so I usually succumb to a slow and painful shuffle at the end. I have this anxiety that if I start out a a slower pace then I'll lose invaluable time. However today I was forced to start slow which meant in the second half I still had energy whilst others were slowing.

Bill also did really well and I am so proud of him. The 30km was gruesome and in spite of having a sore ball of his foot (a nagging problem that he really needs to sort out), he finished in 4 hours and looked pretty good at the end.

After showering, prize giving and a typical french apero, we then sat down to a great (in taste and size) meal of gesier (gizzard) salad, cassoulet, fromage, tarte au pomme and glugfuls of wine.

So that is all my races done for 2017 although Bill has started hinting that next month there is a race around a lake that might be interesting.... 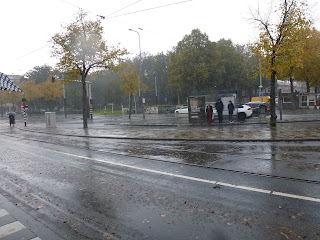 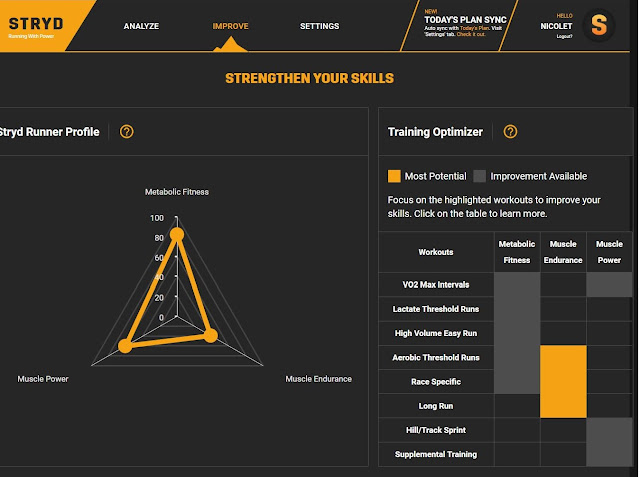